Before diving into the history of Reiki, let’s first recap what Reiki is!

Reiki, pronounced “ray-kee”, is a form of light-touch energy healing. It involves the flow of energy or “ki” from natural source/the universe, to the recipient of the Reiki session.

I’ve been practicing and studying Reiki for ten years (and counting), and have learned several different types of Reiki along the way! In this article I talk about some key differences between traditional Japanese Reiki (also known as “Jikiden Reiki”), and various types of Western Reiki that I’ve learned and studied in the last decade.

History of Reiki and how it started: Mikao Usui sensei

Reiki was discovered, named and founded by Mikao Usui in Japan back in 1922. He was on a meditation journey to find an answer to his lifelong question on Mount Kurama just outside of Kyoto, Japan. On his 21st day on the mountain, Usui became suddenly filled with feelings of joy and peace of mind (which he determined was his experience of “enlightenment”).

Usui was thrilled with what had just happened, and couldn’t wait to share this news with his Zen master.

As Usui was running down the mountain, he tripped and injured his big toe very badly. It was painful and bleeding profusely. Usui put his hands over his toe to stop the bleeding, and during this moment he felt a divine ray of healing light travel through him. Usui looked down at his foot and noticed the bleeding had stopped, the pain was gone and there were no visible sign of any injury. This is what Usui determined was Reiki, a blessing from the universe.

(There’s a lot more to the story. We share more in-depth details about how Reiki started and grew as a healing system in Japan during the Shoden Reiki (level 1) practitioner training program!)

Usui sensei (teacher), the original founder of Reiki, sadly passed away in 1926, only 3 months after teaching and initiating 20 selected Reiki teachers.

Dr. Chujiro Hayashi sensei, one of Usui Sensei’s 20 students who became initiated as teacher (Shihan), was able to complete all 3 levels of Reiki (Shoden, Okuden and Shinpiden) just before the death of Usui Sensi.  Dr. Hayashi played a major role in the spread of Reiki in that he also happened to be a navy office and medical doctor.

Mrs. Chiyoko Yamaguchi of Ishikawa, Japan had learned Reiki in 1938 with Dr. Hayashi at the age of 17.

Despite Reiki being publicly and legally banned after the war, Reiki was highly valued still, due to the profound healing impact Reiki had on everything from minor ailments to major illnesses/injuries. For this reason, Mrs. Yamaguchi and her entire family had continued to practice Reiki daily (privately) in her household despite Reiki becoming outlawed in Japan at the time.

How Reiki spread to the West: Mrs. Takata sensei

One of Dr. Hayashi’s students, Mrs. Hawayo Takata, was from Hawaii and spoke English fluently. She had completed six months of Reiki training (all three levels) with Dr. Hayashi in Japan, and returned home (Hawaii) to teach and practice Reiki starting in 1937. Mrs. Takata was the last of 13 Shihans (teachers) initiated by Dr. Hayashi before he passed away.

Living in the U.S., Mrs. Takata was not given any restrictions or limitations after World War II in regards to teaching and practicing Reiki. Mrs. Takata was able to teach Reiki to many practitioners, and she initiated 22 Shihans (teachers) before she passed away in 1980.

Unfortunately after Mrs. Takata had passed away and her students got together, they did not know that Reiki still existed in Japan (since it was legally prohibited after World War II). For this reason, they got together to share what they had learned. What happened was (similar to a game of “Telephone”), they all recalled a different version of the Reiki symbols and protocols they had learned with Mrs. Takata.

Mrs. Yamaguchi and her family eventually discovered that Reiki had spread to the west and had changed/evolved.  Mrs. Yamaguchi observed that some major elements of Reiki were left behind, symbols were changed, and some new ideas/practices were added by western Reiki practitioners.

Long story short, in the 1990’s Mrs. Yamaguchi was persuaded by her son Tadao Yamaguchi to share her Reiki knowledge and protocols with the world before the magic and profound clinical impact of the original Reiki system they knew and loved was completely forgotten and left behind.

In 1999, Mrs. Yamaguchi and Tadao co-founded the Jikiden Reiki Institute where the original Reiki symbols and protocols learned by Mrs. Yamagughi and her siblings in the 1930’s are still taught un-changed to this day.

Although Mrs. Yamagughi passed away in 2003, she has left a legacy and I’m proud to have learned Jikiden Reiki directly from her son Tadao Yamaguchi back in 2017!

Jikiden Reiki is the type of Reiki that I choose to practice (read more here!). 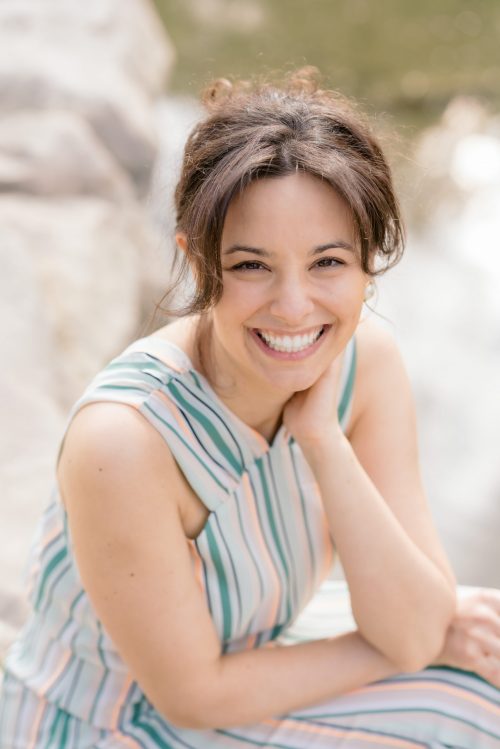 Hey there! I’m Jenna. Thanks for visiting! 🙂 All information and offerings here are dedicated to educating, empowering and inspiring my fellow old souls, empaths, introverts and highly sensitive people (HSP’s) who are navigating their way through these crazy times.  I hope you find what you’re looking for! <3

We use cookies on our website to give you the most relevant experience by remembering your preferences and repeat visits. By clicking “ACCEPT ALL”, you consent to the use of ALL the cookies. However, you may visit "Cookie Settings" to provide a controlled consent.
Cookie SettingsREJECT ALLACCEPT ALL
Manage consent

This website uses cookies to improve your experience while you navigate through the website. Out of these, the cookies that are categorized as necessary are stored on your browser as they are essential for the working of basic functionalities of the website. We also use third-party cookies that help us analyze and understand how you use this website. These cookies will be stored in your browser only with your consent. You also have the option to opt-out of these cookies. But opting out of some of these cookies may affect your browsing experience.
Necessary Always Enabled
Necessary cookies are absolutely essential for the website to function properly. These cookies ensure basic functionalities and security features of the website, anonymously.
Functional
Functional cookies help to perform certain functionalities like sharing the content of the website on social media platforms, collect feedbacks, and other third-party features.
Performance
Performance cookies are used to understand and analyze the key performance indexes of the website which helps in delivering a better user experience for the visitors.
Analytics
Analytical cookies are used to understand how visitors interact with the website. These cookies help provide information on metrics the number of visitors, bounce rate, traffic source, etc.
Advertisement
Advertisement cookies are used to provide visitors with relevant ads and marketing campaigns. These cookies track visitors across websites and collect information to provide customized ads.
Others
Other uncategorized cookies are those that are being analyzed and have not been classified into a category as yet.
SAVE & ACCEPT